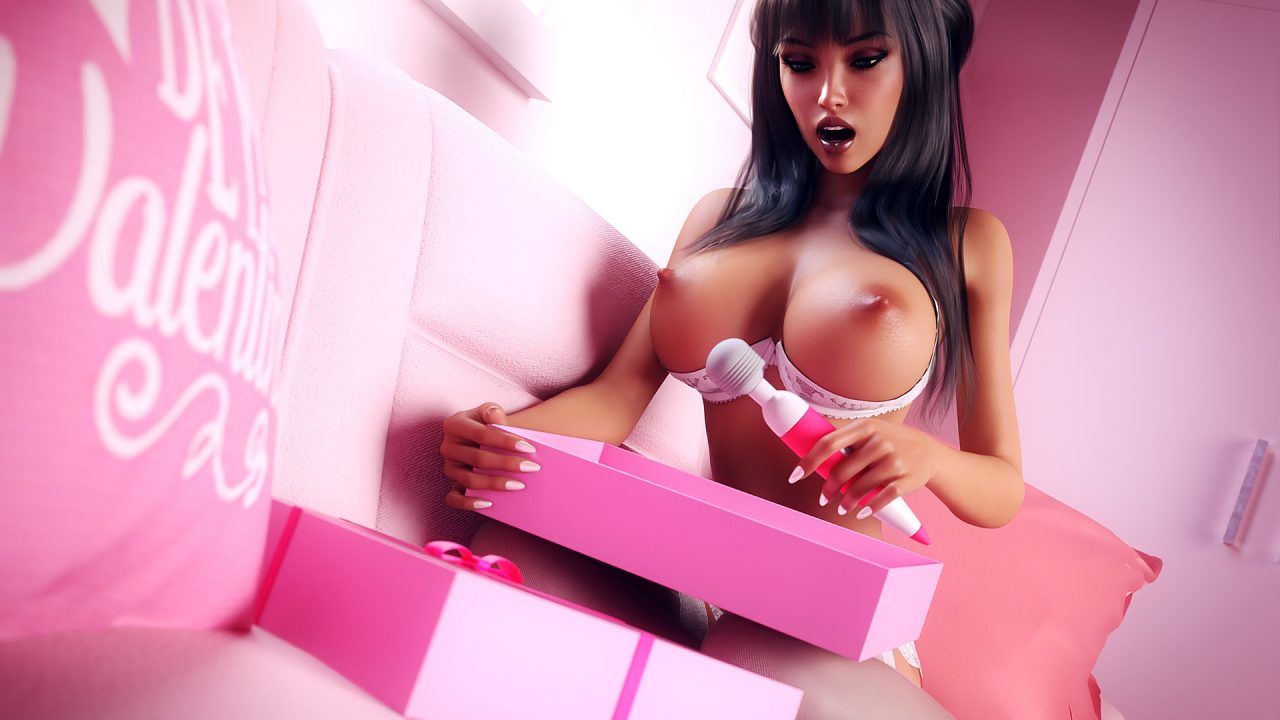 First of all I would like to thank everybody for supporting me in the Slushe Valentine’s day contest 2019.
It was an honor for me to participate together with many 3dx artists and friends, and thanks to Slushe for this opportunity!
As a thank-you I thought about adding something to the romantic weekend of the two girls ?!
Here you find an accompanying story for the contest pics, written by ClaireXXX, as well as some new pics about Anna and a really wet last pic ??!
But that’s not all! Stay tuned for the next part!

“Are you sure you can spend the whole weekend here? I mean don’t you want to spend your weekend with your family baby?” Anna said as she laid on her bed video calling her girlfriend Emily. “I mean it’s just Valentine’s Day. I’m sure we can do something naughty over a video call.” She giggled as she reached into her bedside table draw pulling out a glass dildo. “Like this?”
“Look baby I’ve said this for the past week every day.” Emily said with a sigh. “I have my plane ticket purchased and I’m already packed. I’m coming out there, and we are going to spend this weekend of love together. Got it?”
Anna sighed and smiled as she licked the side of the dildo.
“I guess I can’t force you to stay home if you insist on coming out here.” She said with a giggle. “I just wanted you to be home when my gift arrived in the mail. It’s like super serious.”
“I’ll get it when i come back home baby.” Emily smiled thinking about what it could be. “Besides I’m sure it won’t top what I got you.” She chuckled rolling out of bed and walking to her dresser. “It should be arriving later today.” She grabbed a pair of lingerie and tossed it at her suitcase almost forgetting it. “I don’t want to hear anything about it either when you get it. You open it like a good girl and accept it.” She sat down on her bed and groaned. “Dammit Anna! Seriously?”

There was a knock at the front door of Anna’s house in the evening.
Emily’s flight had arrived not long ago, and she had gotten a taxi to bring her to her house. As she waited at the door for Anna to answer she looked around and noticed that Anna’s step mothers car was gone. Smiling at knowing what that meant she turned her attention to Anna who just opened the door.

“H-hello baby.” Anna said in a nervous voice as she saw her girlfriend standing in front of her. “How are you doing tonight?” She smiled softly looking Emily over.
“I’m doing great baby. Thank you for asking.” Emily smiled as she grabbed Anna’s hand. “So here on the porch or inside?” she chuckled rubbing Anna’s crotch.
“W-Woah! Now baby calm down!” she giggled and stepped back. “First in my bedroom and second I’d like to thank you for my gift.”
“Oh, it was nothing baby.” Emily smiled and held up a package she had received before leaving. “I believe this was sent to me from you?”
“Oh my god you got it!” Anna smiled jumping up and down happily. “So what do you think?! Are you?!”
Emily smiled and slipped inside. She took Anna’s hand and walked to her room. Once there she tossed the box to the side on her desk and pushed her onto her bed.
“I’ll give you my answer Sunday.” She said with a smile before taking her top off. “First we have some business to get down to. You have that Sybian still?”
“Of course.” Anna smiled taking her shirt off as well. “Why do you ask?”
“I’m going to put it to use, I also need your pink dildo, your fav dildo.” Emily said leaning over and giving Anna a deep kiss. “Go grab them for me.” she smiled letting Anna go get them while she got the aphrodisiac lube out from the box.

“Now then, I need you to lube yourself up nice and thick for me because I don’t want to hurt you… In a non pleasurable way that it.” Emily giggled and stood up handing Anna the lube and positioning herself over the sybian dildo.
Anna quietly shook her head yes and began to apply the lube on her pussy.
After applying what seemed like enough she walked over to Emily.
“Ass too baby.” she giggled as she wiped a finger across Anna’s asshole.
Anna obediently did as she was told and applied enough lube on her hole and inside some as well.

It was all so much already. It was wild, crazy, but most of all thrilling. Anna’s heart raced with every second before the session began.

“Grab that wand for me dear” Emily said, “We need to maximize your stimulation.” As Anna grabbed the wand, Emily reached down and turned on the sybian immediately lowering herself onto it as well. “Ohhhhh Fuck!” Emily moaned in excitement as the quick vibrations in her lubricated pussy make her nipples hard. “Ohhh I don’t know if you’ll be keeping this after this weekend baby.”
Anna giggled and laid down in front of Emily. “Ask nicely and it’s yours.” She teased turning on the wand and rubbing it against her pussy in front of Emily.
“Mmmm what if I don’t want to?” Emily laughed pulling Anna to her cock. “What if i just take it while you’re passed out?”
“Passed out? What am I? A lightweight? A little sex isn’t going to cause me to pass out baby.” Anna laughed.
“No, but this is a session. Meaning…” Emily grabbed the dildo and squirted some lubricant on it, and then turned it on at the max speed. “Meaning it’s more intense than sex”.
“W-What?!” Anna gasped staring at Emily as she held the vibrating dildo. “You’re not really going to double penetrate me, are you?”
“That’s exactly what I’m going to do.”

“You did…” Emily said gasping. “Fantastic.”
Anna smiled at Emily barely able to keep her eyes open. “Thank you… Love” Anna said and weakly relaxed.
Emily laid down next to Anna on the floor panting, sweating, and kissing after their first session.
“How was it baby? Are you still consciously with me?” Emily said giggling as she kissed Anna who was barely awake still.
“Y-yes baby I’m…” Anna sighed and passed out.
“You’re out for tonight.” Emily chuckled and hugged her close as she fell asleep thinking about the box that was over on the desk.
The lid had popped off when she tossed it and the note had fallen off which read very cleanly and bluntly,
“Who’s a good girl?”
Hanging out of the box to accompany the note was a pink collar with a tag which had Good Girl imprinted on it. 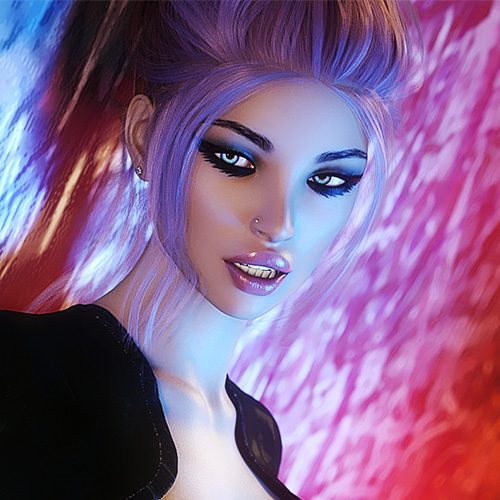 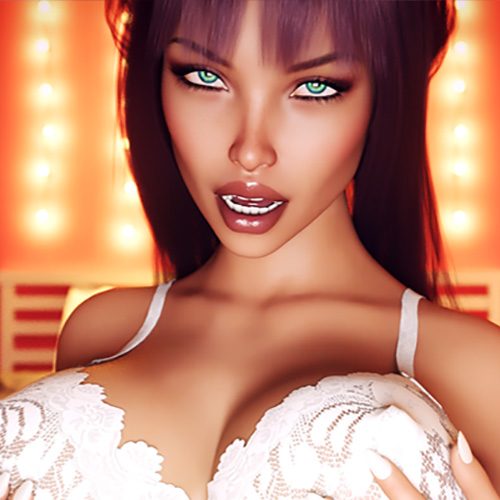 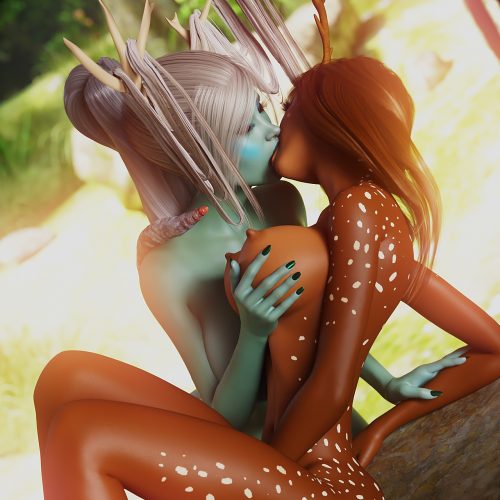 The Tree of Life is now FREE! 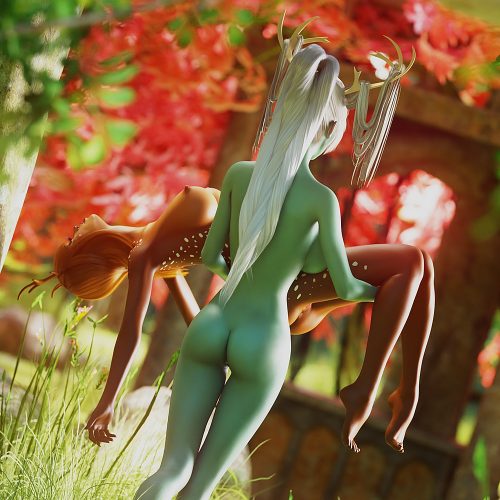 The Tree of Life – Release

The Tree of Life – Anna 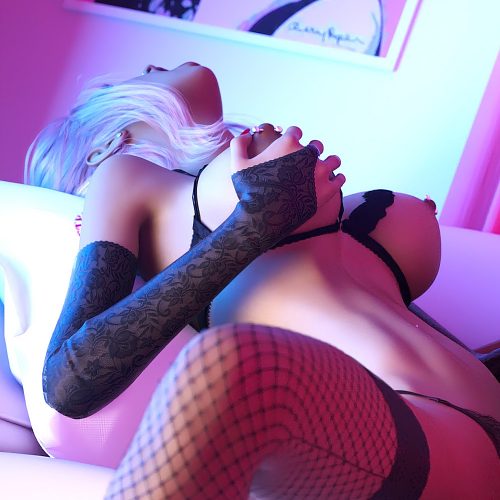 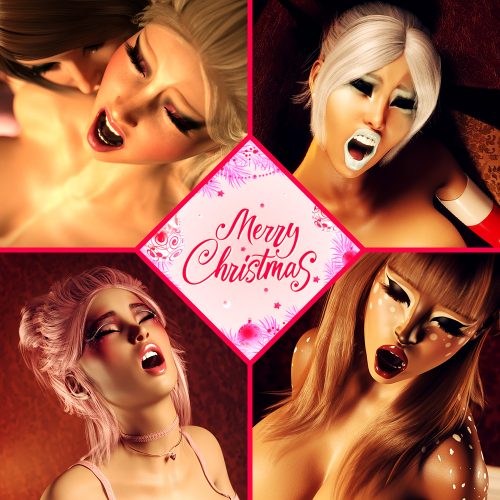 My Xmas sets are now all FREE! 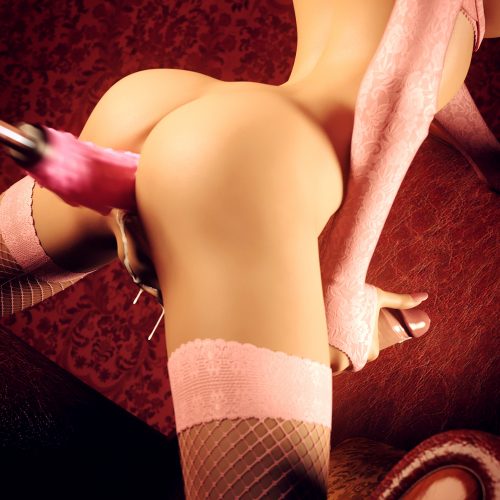 Xmas is Coming is now FREE!

This website contains NSFW material, are you 18+?
We use cookies to ensure that we give you the best experience on our website. If you continue to use this site we will assume that you are happy with it. Continued use of our site signifies your acceptance of the privacy policy.OkPrivacy policy